That was the rebuke I got from one "seasoned citizen" when I said something about "going on a cruise."

Yup, we went on a cruise (ahem, I mean, cruising) from Seattle to Nanaimo to Victoria, BC for a little mini-vacation last week. I got it for practically free through a professional event I was involved with - so it was someone else's money well-spent!

Let's just say that we were the only people even close to our age demographic on board the ship that weren't on the crew or entertainment staff! 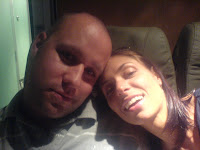 Train ride up to Seattle on Amtrak...btw, we derailed and were on the tracks for so long that we didn't check into our hotel until 4am...6 hours after we planned! But that's another story altogether that involves a toilet waste tank and sledgehammers... 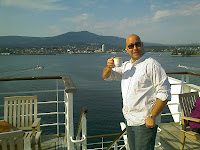 Sarah wished I would smile more for photos...beware what you wish for. 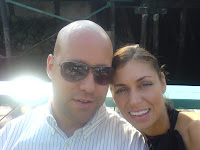 Eating Chowder and Halibut Nuggets on the dock in Nanaimo, BC. 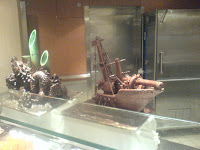 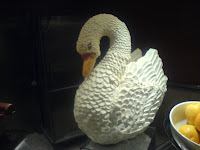 The high-class lifestyles where chocolate dragons, boats, and swans are all the rage! 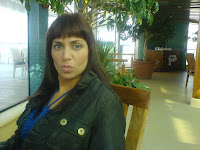 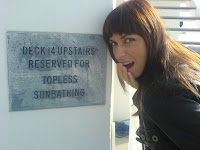 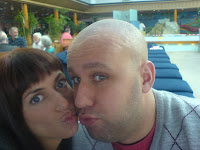 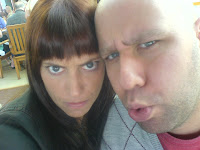 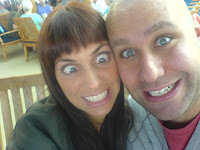 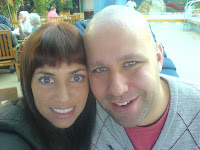 Bored. Waiting to get off the ship. 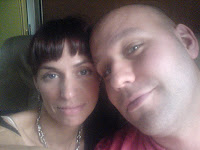 Train ride going home. No derailment this time. I called Amtrak and they don't seem to care or even think that it's strange that a train derailed in the middle of the night.

So there it is. Our week of Cruising.

My favorite pic is the "What happens in Victoria, stays in Victoria" one. HA! @ Sarah. Nice do!

AHHH! Ian beat me to commenting about the "sun-bathing" picture! and I also am a fan of your new hair cut Sarah!